Frances Seba Smith trained in Publicity at Ecole des Beaux Arts in Montreal. Later did a BA Honours in Fine Arts specialising in printmaking at Stoke on Trent Polytechnic. For many years she has worked and taught doing workshops in schools, and from her own studio. She has exhibited in Britain and many countries around the world, both as a painter and a printmaker. She is a member of Manchester Academy of Fine Arts, and Cheshire Artists Network.

Presently she is working in print, concentrating on Linoprinting. Using sketches and photos she does of the landscape around Cheshire and North Wales she translates them into vivid colourful images.

Frances says: I make small editions because Printmaking for me isn’t about making a large edition of an image, it is the process itself I love. The direct carving, the rolling up of colour, the action of press with the paper and the element of wonder and surprise as the print takes on a personality of its own. 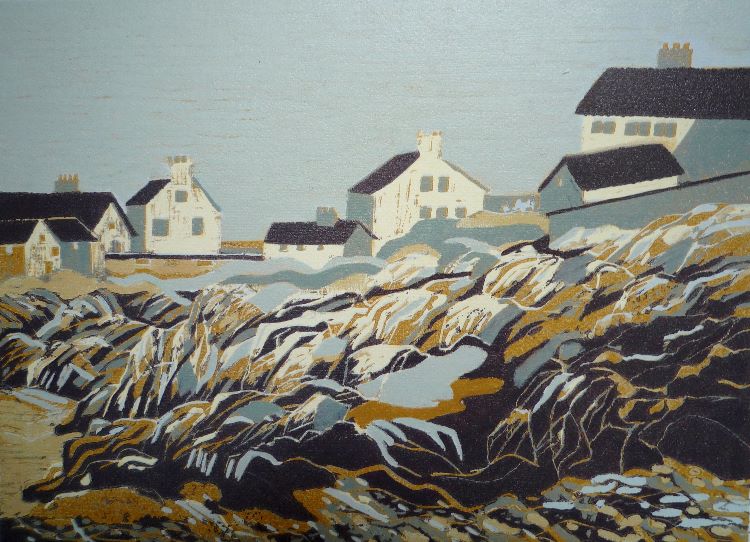